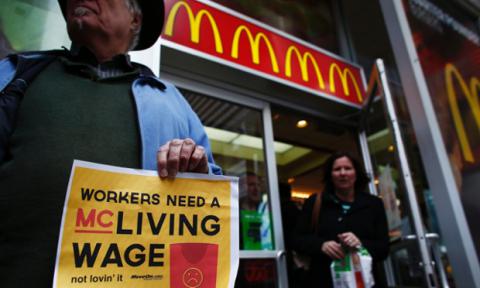 Minimum wage for many of the entry level, low-skilled workers at major retailers and fast food chains across the nation has gone up in the last two months.  McDonald’s joins these other major U.S. corporations that have raised workers’ pay to ensure they are paid above minimum wage by varying degrees: Walmart, Aetna, Gap, Ikea, Target, and TJ Maxx.

But it isn’t all sunshine and shopping sprees for McDonald’s employees.  Though the move by the fast-food giant is a more than $1 raise above minimum wage, it only applies to non-franchise locations.    That only covers about 90,000 employees at only 10% of the 14,000 locations nationwide.  While fast-food workers who have been protesting quite loudly over the past few months are glad for those who have gotten a raise at all, most feel it is a poorly placed band-aid on a long-festering wound.   They argue that it’s still not enough money, and not enough of McDonald’s’ employees reap the benefits.

By the end of 2016 the corporation expects wages to rise another dollar at least to over $10.  Many analysts are getting excited—could the recession finally be ending?  Seeing the names of some of America’s powerful corporations giving retail and customer service workers raises does seem like a promising sign.  What do you think? Is this positive sign the economy is turning around?

Blog with Rob: How technology is changing the world in small ways too 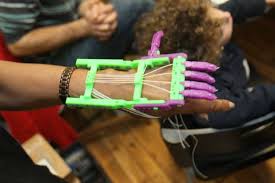 Blog with Rob: On Manager Engagement and Happiness 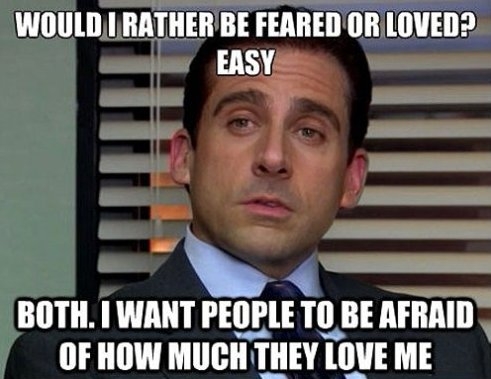