Blog with Rob: You bought WHAT on Black Friday? 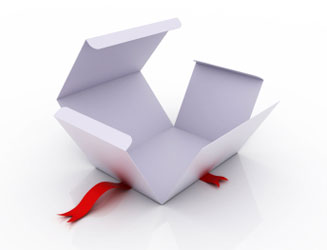 Blog with Rob: You bought WHAT on Black Friday?

Do the words “Black Friday” strike anxiety and anger into your heart?  If you’ve waited on line outside a Target, or Macy’s, or Best Buy, you’ve seen the pandemonium first-hand.  The door-busters, the stampedes, the one-day specials, and the shopper brawls.  It’s a day that can offer great deals for sure, but also can feel like the big guys are trying to pull one over on us.  In fact, more shoppers chose to hit the sales from their computers at home than in stores this year.  This is a sentiment that smaller companies can gain attention and sure, sometimes even a little money from.

The popular indie card game Cards Against Humanity has banked on it for a few years.  Each Black Friday, the company creates a “special sale” to mark the occasion.  Last year, the sale was crap. No, literally.  30,000 people bought boxes of poop at $6 a pop.  The company made 20 cents per order and donated all profits to Heifer International.

This Black Friday, the company topped it in a way that most would figure impossible—they sold nothing.  That doesn’t mean a sale didn’t happen—they company solicited $5 for an explicitly advertised nothing in return.  And the company split the profits, $71,145 evenly amongst 17 employees for about $4,185 each.  They used the money however they pleased with some continuing the giving tradition of charitable donations, and others getting a jump on their own holiday shopping.  Some paid off student loans, one person even bought a $1000 car.  And one bought a “custom suit of men’s armor.”

The company said traffic to their site has been “very healthy this weekend.”  Kudos to the CAH team for bringing a little joy back to Black Friday. LIBN: Immigration Audits on the Uptick